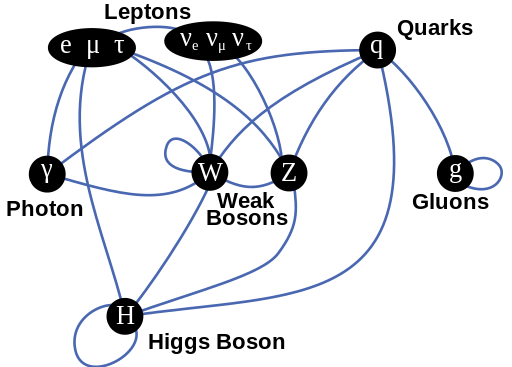 Uncertainty is built into the very fabric of life, as demonstrated by quantum mechanics and Heisenberg’s uncertainty principle. Schrodinger’s cat could be dead or alive, we just don’t know until the moment we open the box and have a peek.

But when we add up all those little pieces of uncertainty inside those atoms, the sum of those parts do seem to lead to some certainties. For example, the law of conservation of energy states that the total energy of an isolated system is conserved over time.
Entropy is another law of physics which ensures that everything in the universe eventually moves from order to disorder. We age because of this. Living things die and decay because of this. According to Einstein everything is relative. Without time how could there be any life or death?  To tell you the truth, I’m not certain.

Insurance companies rely on our uncertainty of what may happen in the future to make their profits. If we all already knew that our house was not going to burn down ever, none of us would need insurance.

If things were certain, I would have no fun at all writing about change and how our lives might look in the future.

But then it occurred to me that if everything was certain, I could buy a particular share tomorrow and know that I would make a profit by next year. But if next year’s price on a given date was certain, everybody would buy the shares and that would change the price, so we are back to uncertainty again.

If we have to live with uncertainty, and it seems we do, we can learn from the Insurance companies. Based on experience we can estimate outcomes based on probabilities. We can look at the experience of others, but most people learn better from their own life experiences.

If I spend all my money on frivolities, it is probable that I won’t be able to pay my bills. It’s unlikely that it will suddenly start raining dollar notes to get me out of this fix.

Similarly the probability of any individual winning the lottery is slim. But one thing is certain. You have to be in it to win it.

By Calicocindy at English Wikipedia [Public domain], via Wikimedia Commons

Light at the end of the tunnel

Maddy at Home Retirement Blogger, futurist, thrift shopper and maker of wonderful waffles. My Seniors' 60+ website is at www.maddyathome.com. Please check it out and send a link to your Mum or your Grandad! "Sshh Maddy is writing" is for my other Writing efforts . . .
Published September 9, 2015September 9, 2015

A Mishmash of life!

Exploring the modern world at 80+

I Solemnly Swear I Am Up To No Good

Thank you for visiting my Blog! Please take a few moments to leave a comment and to sign my Guestbook. If I'm not already following you, message your Blog address to me.

My writings of poetry, prose and fiction

Woman on the Ledge

A small town take on the big, wide world

Love to create. Hope to inspire.

the place where fibre becomes yarn.

Reflections in, on and round about...with a lot of cooking on the side

she sews by the seashore...

Running and other happenings

Adventures at home and abroad

Because knitting is excuse enough

knit the hell out
Buzy Day

The adventure of NikkiM

The humor and humanity of storytelling.

Andrew's View of the Week

Andrew's view of the world in poetry, prose, and pictures

Recipes from my Family Table

Life Lessons on the Importance of Slow

adventures of an adoptee, her garden & her outdoor adventures

A Tiny Farm In A Big Garden

Recipe in a Bottle

Connecting to Friends, Old and New, Through Recipes, Gardens, and Dinner Parties

View from a French Hillside

Life, nature and photography on a French Hillside

Creating Space In A Busy Life

Home is Where the Boat Is

wool and wine to tractors and travel